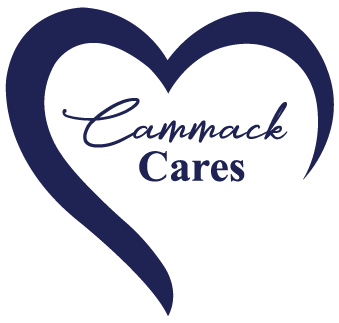 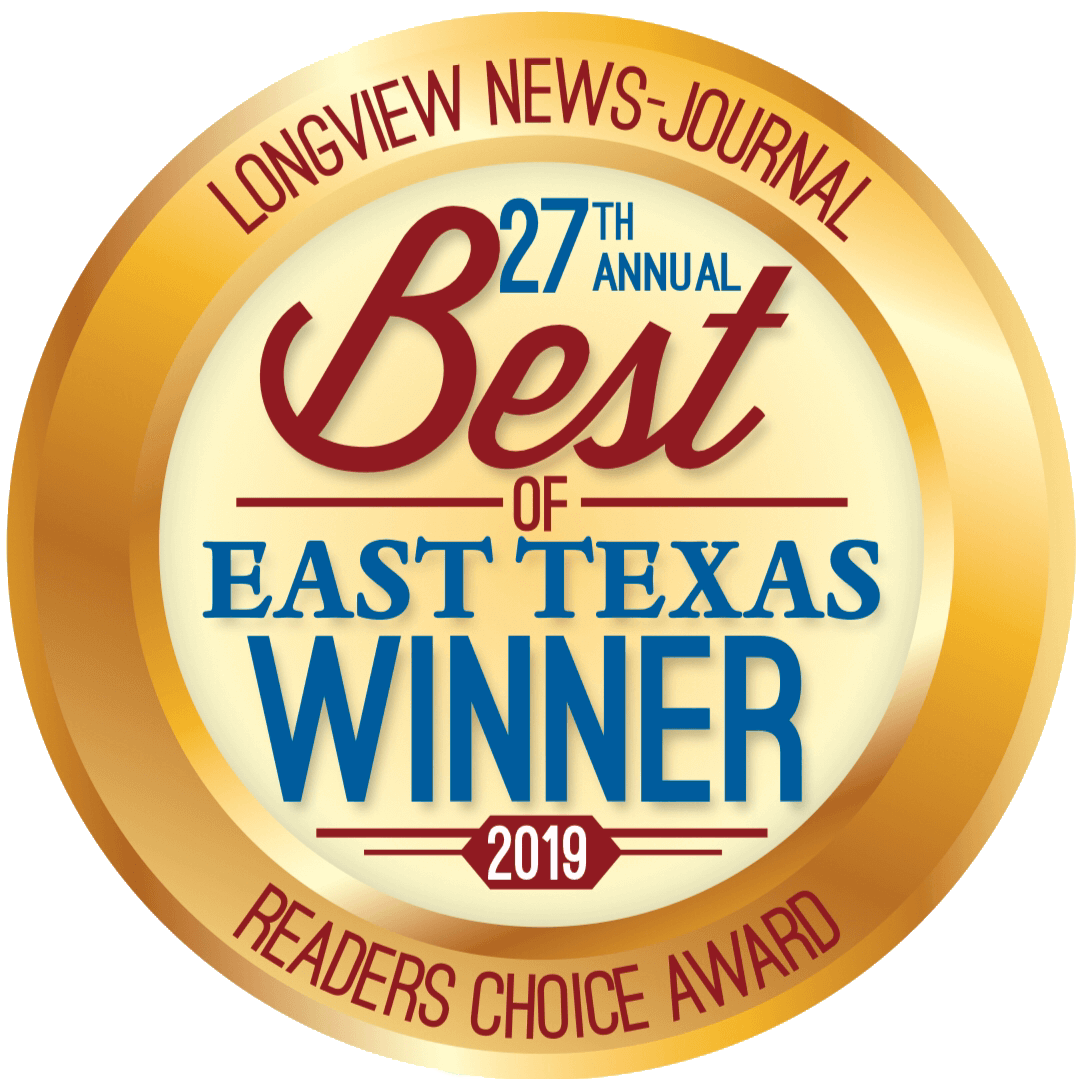 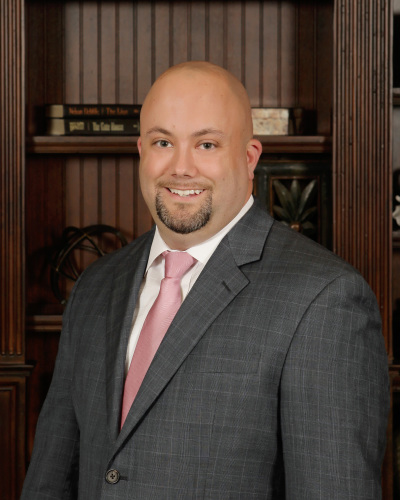 Blake was born and raised in Longview and is a graduate of Harleton High School. He began his career in funeral service in 2007 and soon realized that funeral service was the career path that he wanted to pursue. This decision lead him to enroll at Dallas Institute of Funeral Service. While a student at Dallas Institute, Blake was chosen to intern at the world-renowned Sparkman Hillcrest Funeral Home in Dallas.

Upon graduation from Dallas Institute, Blake returned to Longview and purchased 5 Star Professional Services, an independent crematory.  A life long resident of Longview and East Texas, community involvement is a passion that he inherited from both sides of his family.  In 2011 Blake was elected by his peers to serve on the Texas Funeral Directors Association Regional Board of Directors for East Texas. He became the youngest member to serve on the board at that time. Along with supporting the charitable endeavors of local civic organization, Blake is a member of the Masonic Lodges in Longview, Harleton, and Big Sandy as well as Longview Rotary.

Blake enjoys bird hunting and showing Tennessee Walking horses with his son Jackson. Over the past 20 years their Four M Farms has captured 10 world championships. He was commissioned a Kentucky Colonel in 2016 by the governor for his accomplishments and contributions to the Tennessee Walking Horse industry.

In 2017 Blake was invited to join the Life Celebration Community, an exclusive group of funeral profession innovators and thought-leaders. This partnership enabled Blake to transform the way families heal. He can now provide a memorable and customized funeral experience that has completely revolutionized Welch Funeral Home’s approach to caring for families. 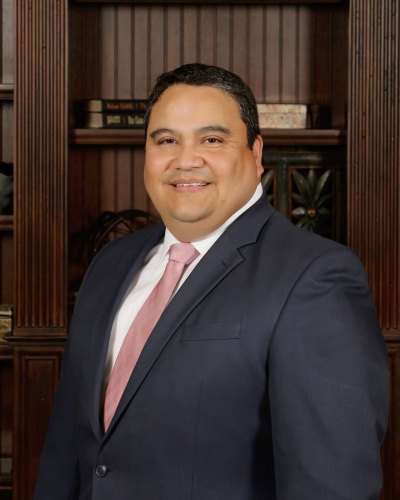 Tony Aguilar is a native of Sulphur Springs, Texas and a graduate of Texas A & M Commerce and the prestigious Dallas Institute of Funeral Service. Tony is currently serving as the President of the East Texas Funeral Directors Association and also serves on the Texas Funeral Directors Association Disaster Mortuary Team. He joined our team in September 2017 as General Manager and was promoted to Vice President of Cammack Funeral Homes in June 2019.  Tony and his wife are the parents to three daughters and are members of St. James Catholic Church where he is also active in the Knights of Columbus. In his spare time he enjoys making jams, pressing flowers, and collecting Our Lady of Guadalupe pictures. 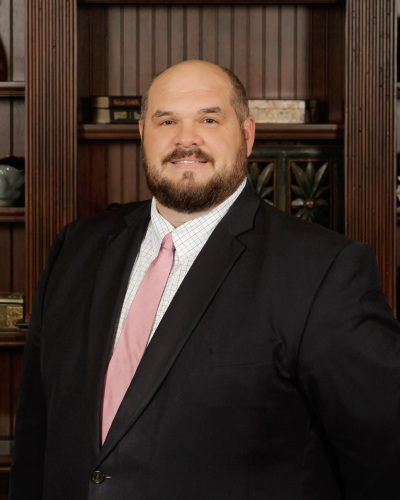 Brian is a native of White Oak, and has been serving east Texas families over twenty years since graduation from the prestigious Dallas Institute.  Brian is a member of East Mountain Baptist Church and resident of the Union Grove community. He enjoys managing wildlife resources, traversing the Sabine River Valley, local lakes, and piney woods.  Brian holds memberships with local and national historical preservation organizations, hoping to educate and commemorate events and landmarks that define our culture. 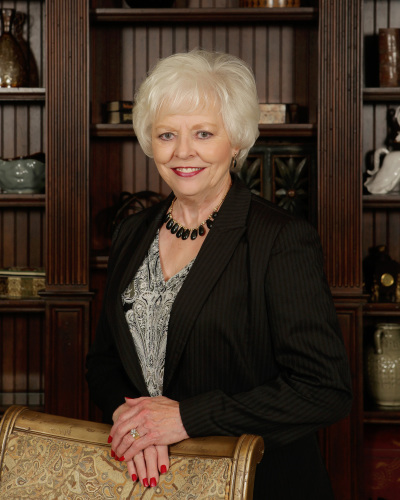 Sandra Huffman is a native of Pittsburg, Texas, a 1966 graduate of Pittsburg High School and a 1967 graduate of Bish Mathis Institute, a former business school of Longview.  A resident of Hallsville, Sandra is our office Administrative Secretary and has been with us since July 1, 1969.  After forty-eight years of experience in the funeral industry, she is extremely knowledgeable and skilled in her official position with Welch Funeral Home.  She is a member of Hallsville First Baptist Church, the Lamplighters Sunday School Class, Hallsville Lions Club and relishes her work in her church nursery!  In the late 1980's, Sandra served on the board of Hospice Longview, now known as Hearts Way Hospice of Northeast Texas.

Sandra has two married children, Michelle Parker and Michael Huffman, both of Tyler, and five grandsons.  When her children were young, she was very active in their school and summer sports activities.  In the past, Sandra enjoyed playing church league slow-pitch softball.  Nowadays, she loves to watch her grandsons play sports, march and play in their school band, and participate in theatrical productions.  Sandra continues to find pleasure in attending Hallsville Girls’ Sports events. 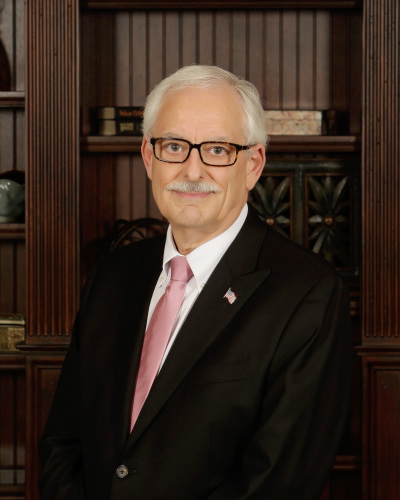 Marcus Welch is a graduate of Longview High School, Stephen F. Austin, the Dallas Institute Of Mortuary Science and has been licensed as a funeral professional since 1976. He is an active member of the First Baptist Church of Longview, serves on the board of the Gregg County Historical Museum, and board of the Big Pines Blues Society. Marcus enjoys spending time with family, traveling, baseball and music.

Marcus has been active in the community for many years. He has served on committees at his church, taught Sunday School and Royal Ambassadors. He served two terms on the Chamber of Commerce Board of Directors, also serving as treasurer. Served two terms as president of the Longview South Rotary Club and is a Paul Harris Fellow, served as president of both the Longview Downtown Development Corporation and 100 Acres of Heritage, where he received the Sara Whitehurst Award for his work in the preservation and improvement of downtown Longview. During this time he also worked with the Alley Art Festival and was active from 1989 to 2002, bringing musical artists to Alleyfest. When his son, Dustin, was young, Marcus coached his baseball team in the Longview Boys Baseball Association, and served as president of the Lobo Baseball Boosters Club for two years. Marcus remains an avid fan of the Texas Rangers.

Marcus retired November 1, 2019 after 43 faithful years of service to the families of East Texas. 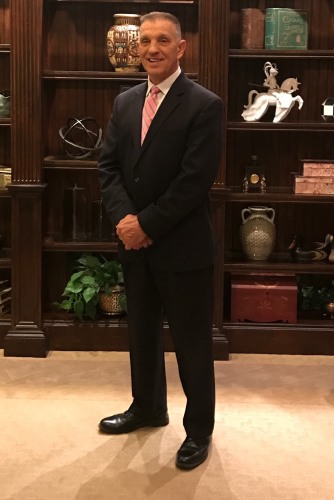 Mike Loyd has been licensed in the funeral industry for over 40 years and has recently retired to his ranch in Upshur County. His family previously owned Loyd Funeral Home in Gilmer, Texas. Mike proudly served our country in the army both in Vietnam and Desert Storm. Upon his family selling Loyd Funeral Home, he worked as the Veterans Service Administrator for Upshur County. He and his wife Ann are members of First Baptist Church of Gilmer and are parents to 3 boys. In his spare time he enjoys spending time with his grandchildren and playing baseball. 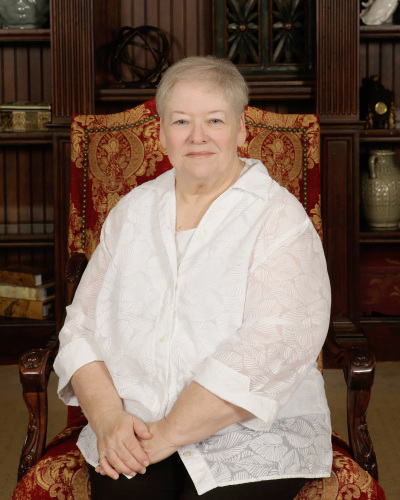 Libby was born in Kilgore, Texas and grew up in Longview.  She graduated from Longview High School, then attended Kilgore College.   Later, after marrying and moving to Arizona, she attended Mesa Community College.  After twelve years away, Libby returned to Longview and began a career in banking from which she retired in 2008. She is a life long member of First Presbyterian Church.

Libby has one son, John who also lives in Longview, and one grandson, Danny, who is in graduate school in Nebraska. 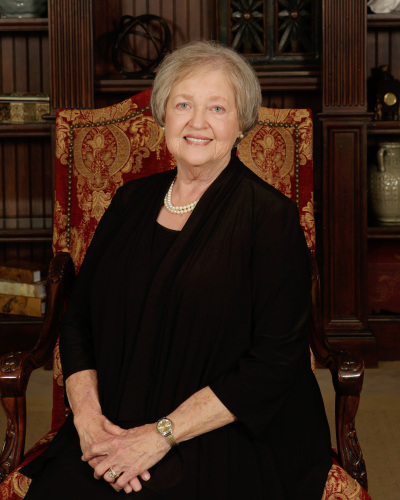 An Arkansas native who got to Texas as soon as possible, Lexie Griffin has served area families for years as a nurse at Good Shepherd Medical Center. She and her husband, Joe, are active members of Calvary Baptist Church and have two daughters, Nicole and Amy. 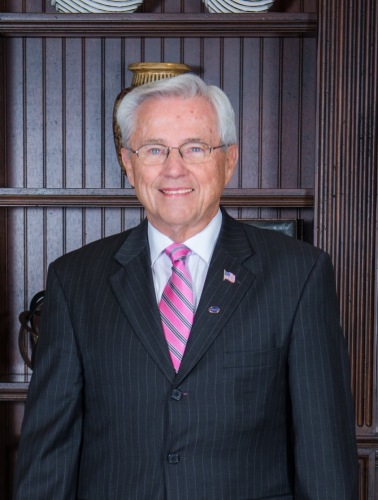 Dick was born in Watertown, Wisconsin, but has lived in Longview since 2003.

He and his wife, Beth, were Baptist missionaries in Brazil, South America, for thirty-seven years.  They have three children and ten grandchildren.  Dick and Beth are members of Calvary Baptist Church in Longview. 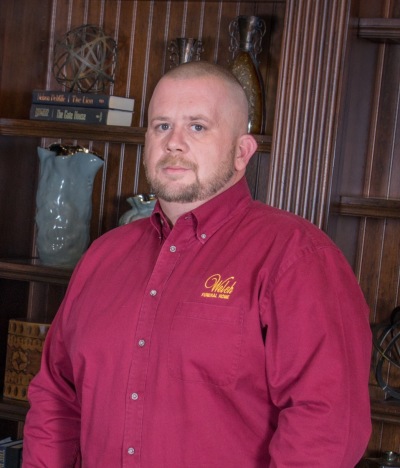 Tim Patrick is a native of Alabama. He grew up in Hallsville and graduated from Hallsville High School. Tim is responsible for maintaing our fleet and coordinating our overland transportation. He is married to Kelly Baxley Patrick and they have a daughter, Kelsey who attends Hallsville Schools. Tim is a member of Solid Rock Bible Fellowship.  He enjoys fishing, following the Hallsville Bobcats, and spending time with his family 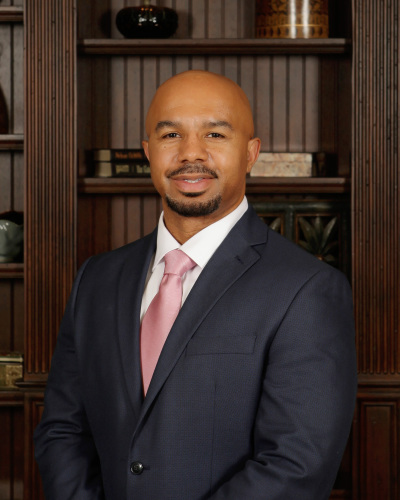 After a 4 year retirement, Billy Smith is back serving families at Welch Funeral Home, just as he has done for 50+ years!

Billy M. Smith is a native of Longview, graduating from Longview High School in 1959, attended Kilgore College, Stephen F. Austin University and graduated from Dallas Institute of Mortuary Science. Billy has been a licensed funeral professional since 1967 and has been associated with Welch Funeral Home since 1961.  He is married to Judy Burns Smith and they  have a daughter, Jennifer Smith and grandson, Caiden Howell.  Billy and his family are active members of Macedonia Baptist Church where he teaches Sunday School.

Billy enjoys spending time with his family, fishing, hunting, golf and the Texas Rangers.  He has been a member of Hallsville Rotary Club, Longview Civitan Club and Longview Executive Club.  Billy also enjoys watching his grandson play baseball and attending Tae-Kwon-Do tournaments he participates in around the state.

Known by one and all as Mr. Lobo, Sid is a 2017 graduate of Longview High School and is currently enrolled at Dallas Institute of Funeral Service. Sid is a lifelong resident of Longview and while enrolled at LHS he was active in numerous schools activities including being the school mascot!

Our History
Our Staff
Cammack Cares 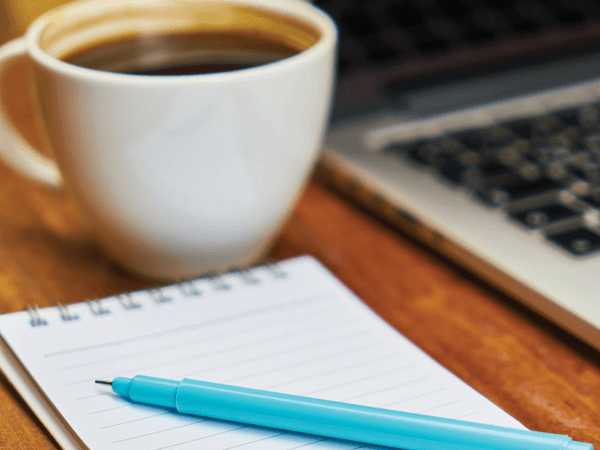 A year of daily grief support

Our support in your time of need does not end after the funeral services.  Enter your email below to receive a grief support message from us each day for a year.  You can unsubscribe at any time.

Visit www.prepaidfunerals.texas.gov for information relating to the purchase of preneed funeral contracts including descriptions of the trust and insurance funding options available under state law.